Truvetan Spotlight: The making of Pradeep 2.0 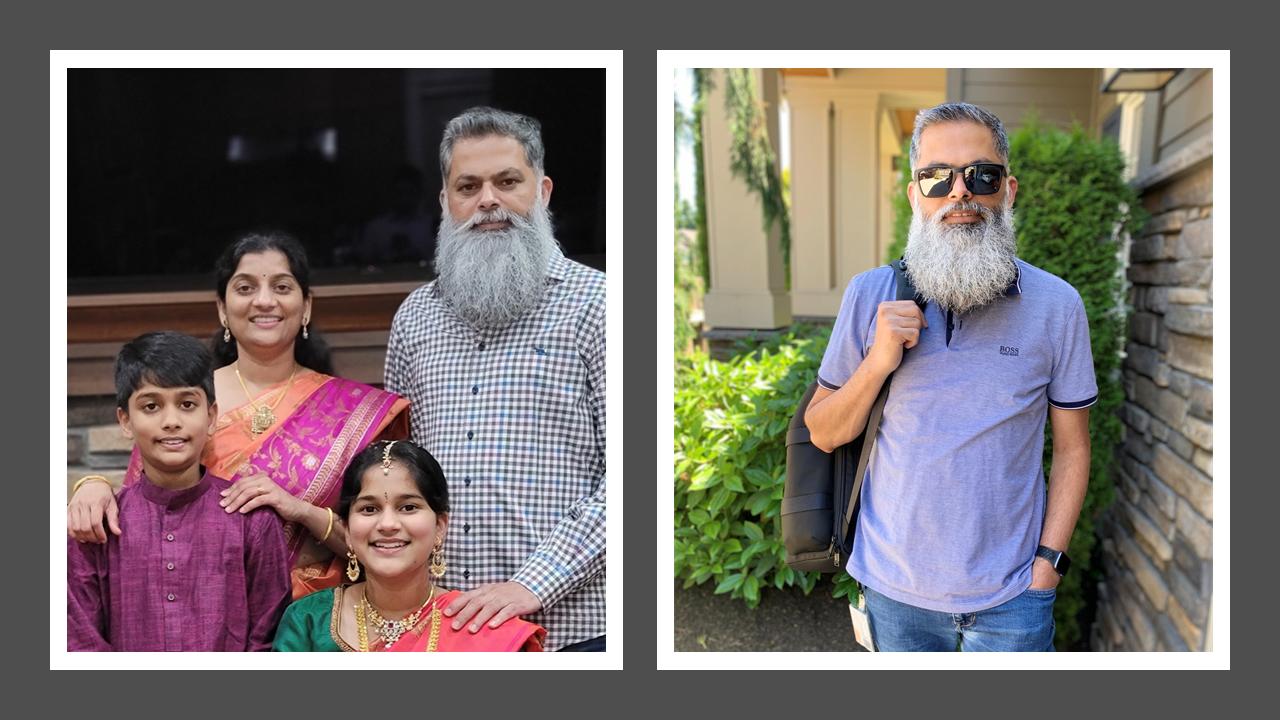 If you were to bump into Pradeep Surukanti in the halls of Truveta, you’d be met with kind eyes, a smile, clean-shaven face, and an eagerness to share the recent accomplishments of his team. In a matter of a year, they accomplished a huge feat for any company, let alone a brand-new startup – they have earned certification for three ISO standards (ISO 27001, ISO 27701, and ISO 27018) and completed Type 1 SOC 2 examination.

These critical certifications demonstrate to the world a sophistication in security and compliance worthy of deep customer trust. In fact, Pradeep took earning these certifications so seriously that he grew out his beard, vowing not to shave until he and his team had the certification and examination letters in hand. Much to his wife’s chagrin, it took about a year to achieve – although to anyone in the tech industry, that rapid timeline was an incredible feat. You can read more about the significance of that achievement in today’s news blog. 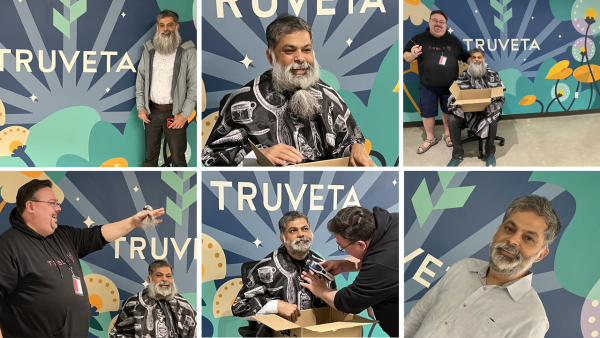 Today we focus on the leader himself and the amazing journey that got him to “beard shaving day.” While Pradeep’s accomplished career at Microsoft gave him the expertise and experience to lead the team to this achievement, it’s his personal journey that brought him to Truveta.

In 1999, Pradeep left his home in India to move to the tiny town of Kalamazoo, Michigan to attend graduate school where he recalls fondly his job as a dishwasher in one of the college cafeterias. He loved the fast-paced nature of the work and the people he met every morning as they gulped down their breakfast before class. It was the beginning of a strong work ethic and love of people.

Following his graduate degree, he moved to Seattle to take an internship at a small company, but within a year or so, he found his way to Microsoft where he spent the next 16 years. One of the projects he’s most proud of was overseeing the incredible responsibility of moving a data center – one that processed around $40B in revenue, no less – to a new location. A more junior engineer at the time, he was grateful for the opportunity to learn and lead – and prove himself (not a single hiccup!). He went on to work on the engineering team responsible for integrating Bing and Yahoo following the partnership announcement, helped with the infrastructure behind the first physical Microsoft store, and many other projects and teams in between. He loved the work, and while proud of all he learned and accomplished, he often wondered if he was being utilized to his full potential.

The day that changed his life

Then came a Thursday in May 2018, and Pradeep’s team caught him sleeping at his desk. Normally, his bright personality and incredible work ethic had him burning the midnight oil. This Thursday was different though – and his fellow software engineers were worried. He shrugged it off, thinking he just needed a bit more sleep as they’d been working hard. That weekend, he not only continued to sleep oddly long hours, but also started to also experience jaw pain. His worried wife urged him to go to the emergency room.

They initially thought nothing was wrong … until they discovered an enzyme in his blood that indicated he was on the brink of a heart attack.

Pradeep was then rushed into surgery, but doctors quickly found that his heart was more damaged than they initially thought. He needed triple bypass surgery. What was supposed to be a four-hour surgery turned into 10.5 hours. Following the surgery, he was told that he needed at least six months to a year off work to let his heart heal. There was no explanation for why his heart was in this condition. He was in his early 40s, healthy, ate well, and in good shape. He also had no family history of heart conditions.

Pradeep thought he was done and could start to resume his normal life. His daughter, who was 10 years old at the time, was particularly eager to see her dad return to work. His sudden illness frightened her and seeing that fear in her eyes motivated Pradeep to speed up his recovery. So, he returned to work after three months of recovery. 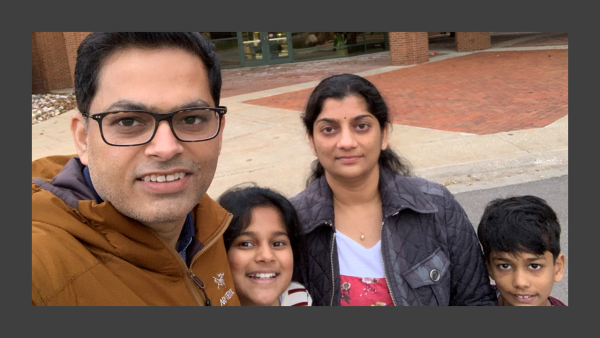 A few months later, Pradeep went to a check-up, and during a routine stress test, his jaw started to hurt. He needed surgery again – this time far less invasive, thankfully. At Pradeep’s urging, the doctors agreed to do an outpatient procedure, letting him head home a mere 12 hours after his surgery. It was his wife’s birthday the following day – her 40th, nonetheless – and he wasn’t going to miss it after months of planning.

As Pradeep recovered from his latest surgery, he worried that his career would never be the same. Passionate and committed to his work, he wondered if he could operate at the same level while maintaining the work ethic so engrained in him. His teams at Microsoft were incredibly supportive, and he loved his role as a mentor and manager. But he was concerned that his health issues would always be a consideration.

It was time to think about what’s next – Pradeep 2.0. So, when he heard about Truveta, he had to learn more.

When he told his wife later that day that he was considering leaving Microsoft for the start-up to lead security, she was stunned. “It took you 6 or 7 years to finally get an iPhone, and you’ve decided to leave Microsoft after 12 hours?” But the company’s vision wasn’t just inspiring. It was deeply personal. 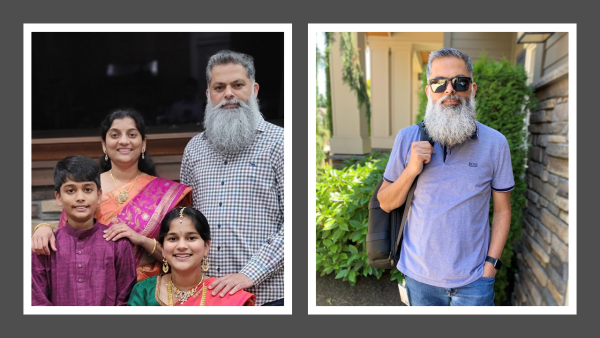 Pradeep has taken his experience and skills from Microsoft and applied them to create an incredible team who has accomplished a lot in a year. The company’s core value of building trust is foundational to all he and his team does.

Pradeep has not only made Truveta incredibly secure and compliant, his stronger heart – and even stronger spirit – have also made it an even more special place for those around him.