This month we feature Ryan Ahern, MD MPH, who serves as Truveta’s Chief Medical Officer, and his journey to Truveta.

It’s March 2020. Ryan had been living in New York City and held an adjunct faculty position at New York Presbyterian Hospital Weill Cornell Medical Center where he practiced on a part time basis. Like thousands of other healthcare professionals around the world, he’s suddenly called into full-time clinical duty as COVID-19 takes hold in the city. He recalls some of the most daunting clinical situations of his career. Meeting in the middle of the night with the team of on-call physicians to discuss allocation of the few remaining ventilators while patients kept pouring into the ER. Treating severe acute respiratory distress syndrome (ARDS) and respiratory failure in pop-up ICUs with skeleton teams. He went home every night fearful that he’d get sick or, worse, pass COVID-19 along to his pregnant wife. He was on the front lines trying to ‘learn a new disease from scratch’ without a reliable evidence base or dataset. The experience ignited a passion to increase the pace of learning in medicine and clinical research.

Amidst that chaos, he got a call from Truveta CEO Terry Myerson, who was starting Truveta at the time. He peppered Ryan with questions – How would treating COVID-19 be different if high-quality and timely clinical data were available? What are the most challenging questions we need to answer? As a physician and healthcare data strategist, Ryan answered his questions, and then finally turned the tables on Terry – why all of the questions? Terry explained that a group of health systems were coming together to collectively solve the healthcare data problem highlighted by the pandemic. They were going to combine their data to achieve a scale of clinical data that does not exist today and pool their capital to make a technical investment that none of them could make alone to ensure that real insight is harvested from the data.

Ryan’s initial reaction was disbelief. There was no way a group of leading US health systems would collaborate at this scale. But he said to Terry on that first call, partly to be hyperbolic – if this is in fact true, I will quit my stable job that I love, with a pregnant wife, amidst a global pandemic, and move across the country to Seattle to help you build this. It turned out to be true, and Ryan lived up to his promise. In fact, with almost storybook drama, Truveta was officially founded and funded 48 hours before Ryan’s son Theo was born (after he had left his previous job 😊).

Thankfully Seattle wasn’t an entirely new city for Ryan. He attended medical school at the University of Washington, and during his time there, he worked with Chris Murray, MD, DPhil at the Institute for Health Metrics and Evaluation. His work at the Institute fueled his passion for data, and he ultimately obtained a master’s degree in quantitative methods at Harvard. He went on to complete his residency in Internal Medicine at Massachusetts General Hospital in Boston. After residency, his interest shifted to the business side of healthcare. While his peers did fellowships in oncology or cardiology, he viewed his 3.5 year stint at McKinsey & Company as a ‘fellowship in business’ where he got to dig into the value drivers in healthcare with a focus on data analytics. Over time, he went on to lead corporate development and data strategy at Clarify Health. He also continued to practice medicine on a part-time basis, which included remaining on faculty at the Massachusetts General Hospital and Harvard Medical School immediately post-residency and then transitioning his position to New York Presbyterian-Cornell after moving down to New York City. Then the pandemic hit.

Bringing together a love of medicine and data

Today Ryan serves as Truveta’s Chief Medical Officer, working to engage deeply with potential new and current health system members and life science partners. He brings together his loves of medicine, clinical research, and data to ensure that they generate the highest possible impact with their clinical research on the Truveta platform.

When not working on Truveta, Ryan can be found hanging out with his wife Aliza and son Theo, who share Ryan’s love for food, travel, and adventures. He still practices part-time at the University of Washington Medical Center and Harborview Medical Center in Seattle. 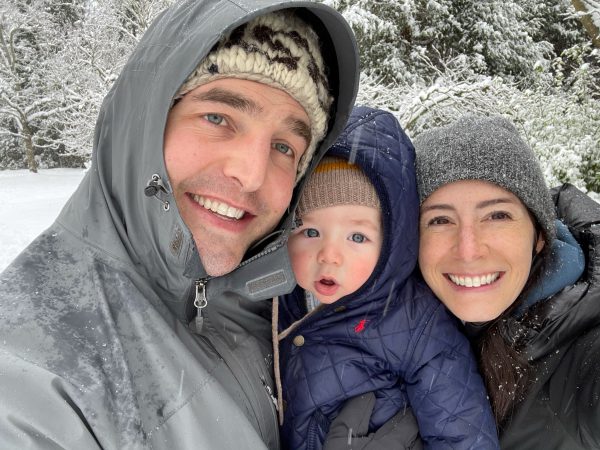 As he reflects on why he joined Truveta at such an early stage, it all comes back to the vision of saving lives with data. He saw first-hand the consequence of the status quo when COVID-19 hit New York City in the Spring 2020 and is determined to ensure that ‘the system’ is never caught flat-footed again. He truly believes that Truveta can help clinicians, patients, and families make better decisions about their care – at scale and with speed.